One of the major temples in Siem Reap is the Wat Damnak pagoda. It is located on the left bank of the river, just to the right of the roundabout. The main entrance is also from this side, but there is also an opposite entrance. Wat Damnak is also often called the district, many restaurants and shops give as description to be near Wat Damnak. 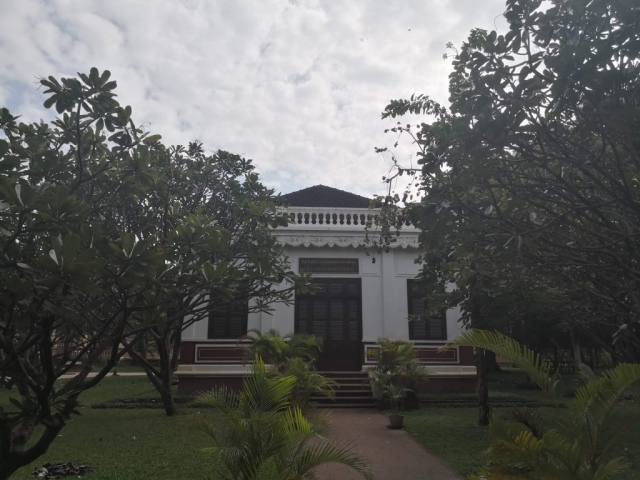 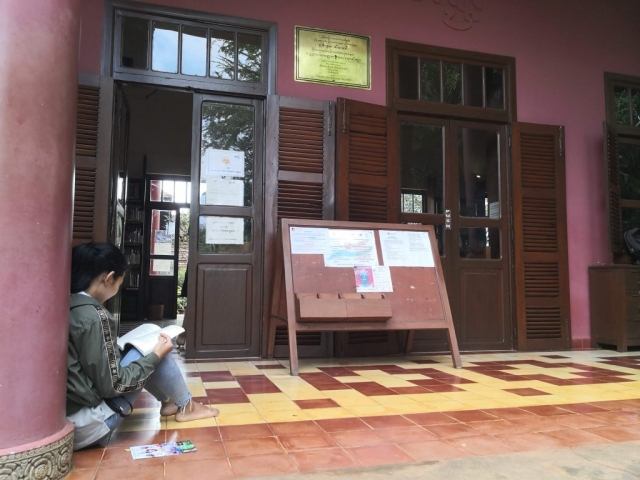 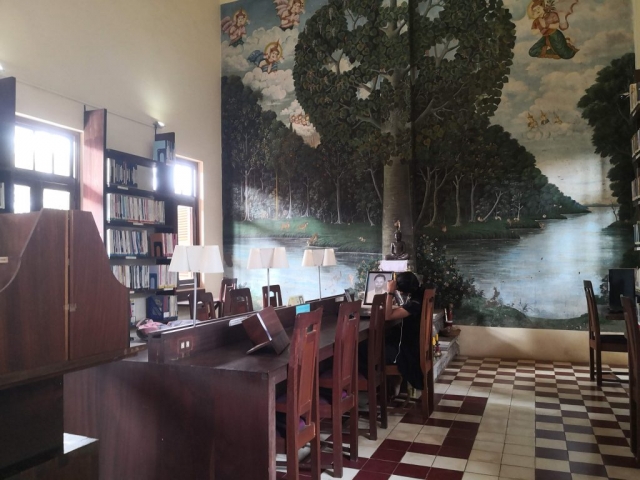 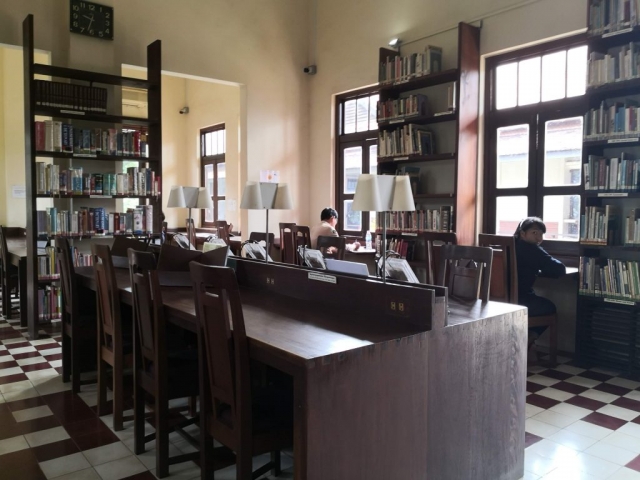 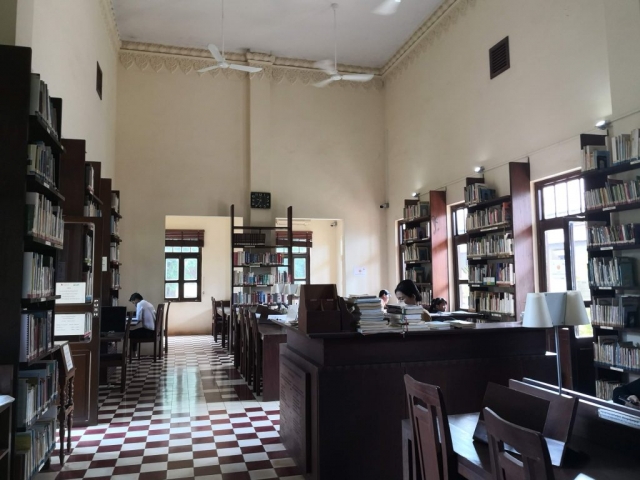 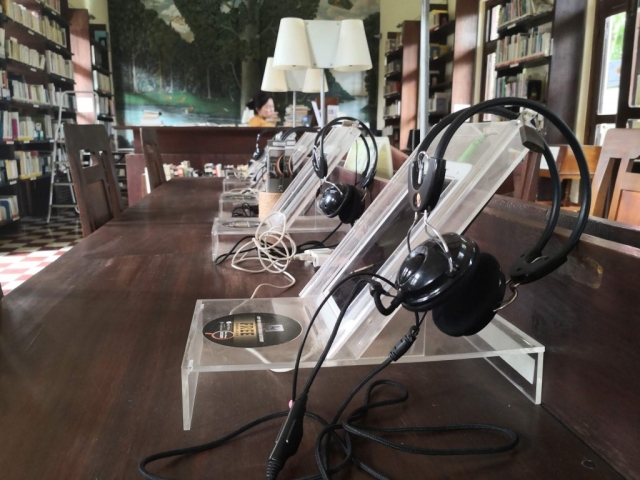 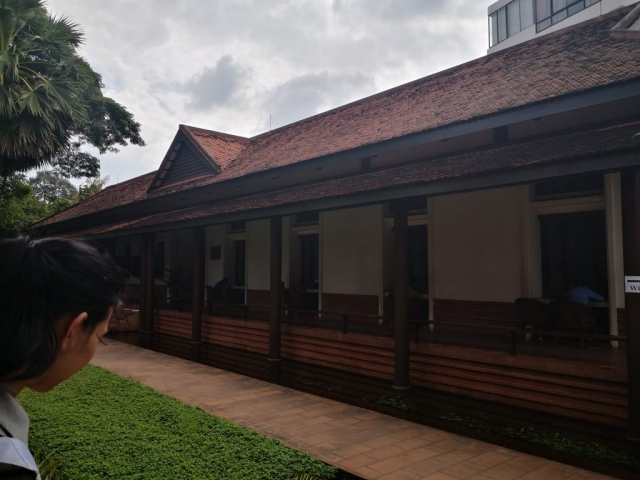 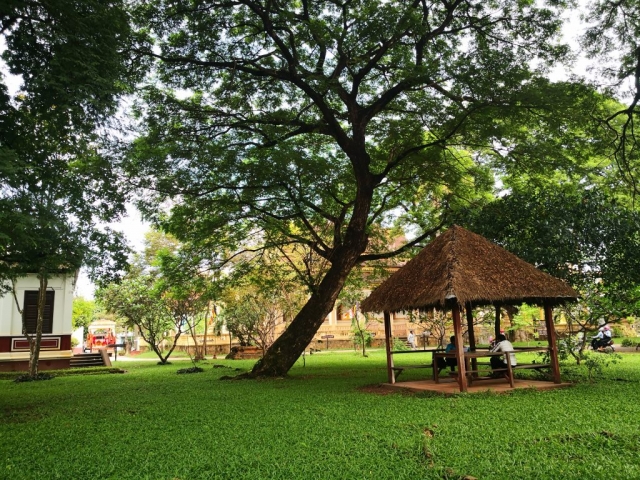 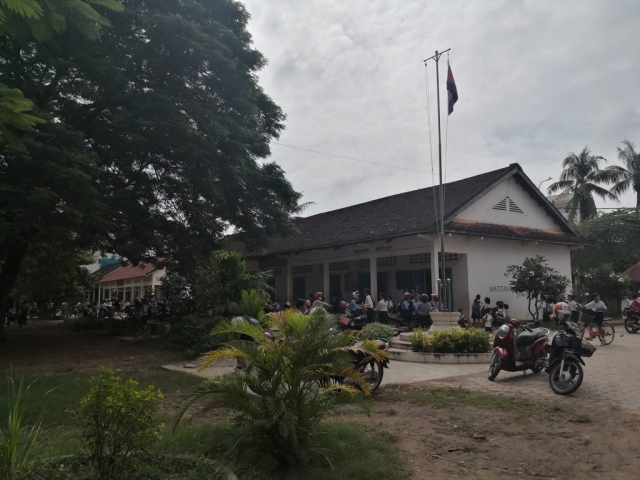 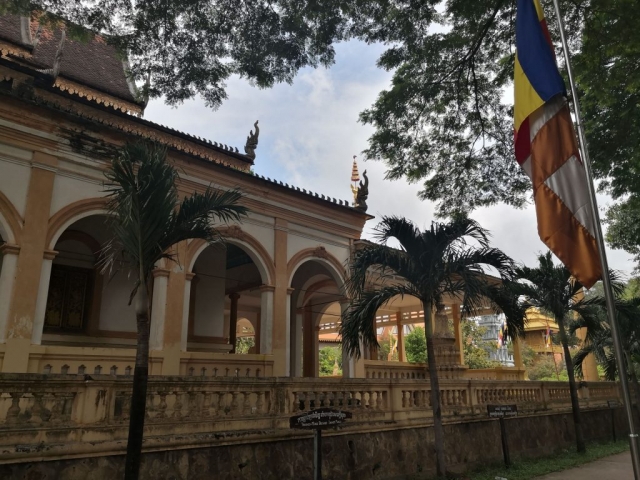 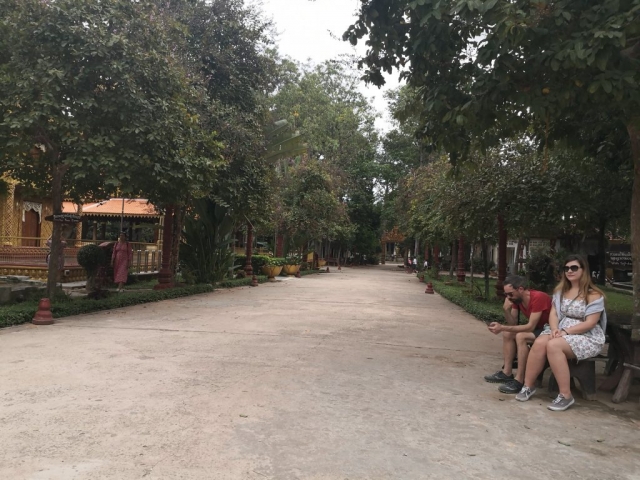 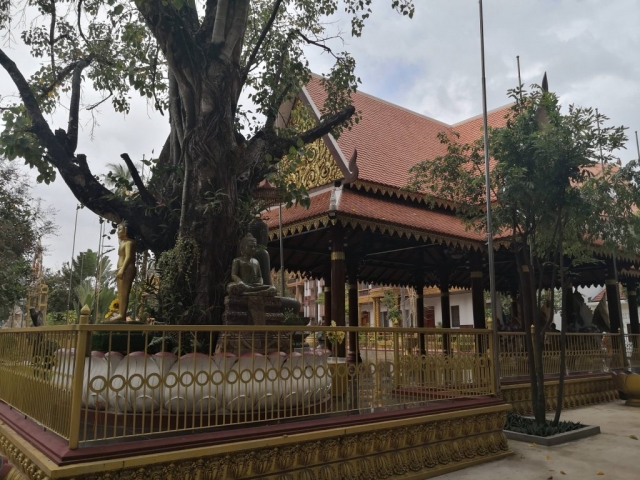 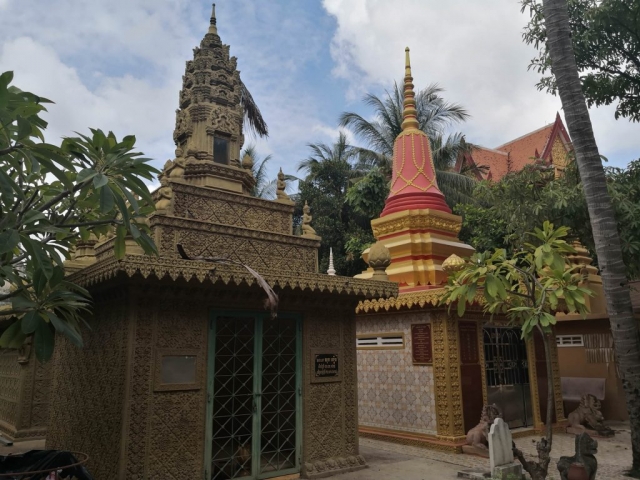 The pagoda itself was once part of the royal palace under King Sisowath. “Damnak” means palace in Khmer. Today, on the site next to the pagoda itself, a library, a school, a crematorium and housing for nuns are housed. The latter two are on the other side of the small road that separates the temple on the back.

It is said that some of the buildings are over 100 years old, others have been built in recent years. In the time of the Khmer Rouge the terrain was used as a weapon depot. The most important and well-known building is just to the right of the entrance: The Center for Khmer Studies and its attached library. Almost every pupil and student will have learned here once in their lifetime. The Center for Khmer Studies is a non-governmental organization supported by international foundations, educational institutions, scientists, the US Department of Education and interested individuals and philanthropists from the US, France and Cambodia.

The library was founded in 2010 and is the largest facility outside of Phnom Penh. Supposedly 15,000 titles are housed here. They are divided into books, encyclopedias, directories, maps, guides and daily newspapers in English, French and Khmer. Most of the works revolve around topics such as archeology, sociology, art and economics. The staff here are almost all trilingual and have received training at the University of California at Berkeley.
The library is open from 8.30 am to 12 noon and from 1.30 to 5.15 pm and closed on Sundays.

Wat Damnak is also one of the major temples for the preservation of urns, especially for wealthy citizens. One can see on Pchum Ben how expensive cars drive up and sacrifices are made at the small stupas where the urns stand. If you like something, you can also order three monks for the ceremony. A luxury stupa costs up to $ 5,000. Even the funerals of important people are held here, with several hundred visitors. If you go east through the temple complex, you will come to the crematorium. There, according to the Buddhist custom, people are burned and the ashes are handed over to the bereaved. To the right of the crematorium, the nuns live. Although there are actually no female monks, but you can find in almost every pagoda even old women, who are dressed in white and help out in the pagoda. They often prepare the food for the monks, clean and help out at festivals.

Many restaurants in the area

Wat Damnak has also made a name for itself as a neighborhood for some restaurants. The best known is the cuisine Wat Damnak, an upscale restaurant. Just a few meters from the nunnery is a small market that has some goodies to offer. At a stand you can buy similar dishes as our host Hong Genlai offers in their restaurant. If you ever want to know how such a street restaurant works, you can book an experience in the morning and help cook your own meals. If you need a good pharmacy in Siem Reap, you can find the Kravvan Pharmacy at Wat Damnak. The owner speaks very good English and knows very well.

A small restaurant just around the corner is Little Kroma, where you can eat cheap Cambodian dishes. Restaurant Haven is also close by, offering not only young Cambodians a good education, but also tasty local and international cuisine. If you want it easy, tasty and cheap then we recommend the restaurant The Christa. The owner Rak and his family run the business with a lot of passion and it has become one of our regular restaurants.

An insider tip is the sandwich-filled sandwiches that are sold not far from the main entrance to Wat Damnak, opposite the Khmer Grill Restaurant. There are two stalls facing each other, the prices and the ingredients are the same, you can also tell how spicy (in Khmer “huel”) you want it to be.

How to get to Wat Damnak

You can walk to the Wat Damnak Temple from the city center, if your hotel is a little further north, you can rent a bike or catch a tuktuk or rikshaw. There are two apps, Passapp and Grab, with which you can order these and then have a fixed price.