Stay longer: Things to do in Siem Reap

Even though Siem Reap is best known for Angkor Wat, as a tourist you can do more than just look at the temples. The city and the surrounding area have a lot to offer and we once wrote down a few things to do in Siem Reap. We want to help you stay longer in Siem Reap and see more than just the – indeed breathtaking – temple complex. 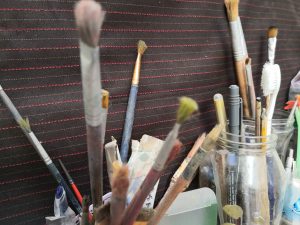 Art and galleries in Siem Reap

We have a lot of artists and galleries in Siem Reap that you can visit. It starts with the Tribe Gallery on Market Street, just behind the provincial hospital. The two owners exhibit works by Cambodian as well as international artists. By the way, on the same street is our host Ms. Hong Ginlai, where you can learn how to cook street food in the morning.

Another gallery is Theams House , a house that is both a studio and a gallery. It was founded by Lim Muy Theam, a well-known Cambodian artist who also offers workshops here.

The Batia Sarem Gallery  is still quite new in Siem Reap, but has made a name for itself with modern Cambodian artists who show their works here. Opposite is the Bamboo Stage, which shows shadow plays in the evening, but also Cambodian folklore music.

One of the easiest things to do in Siem Reap: Sports 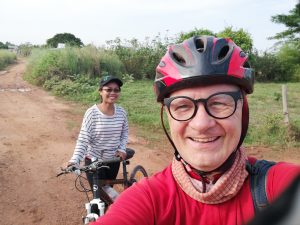 Cycling is on of the things to do in Siem Reap

If you like cycling, Siem Reap is perfect for you. You can rent bikes from many hotels and small shops. It’s best to take a mountain bike. Opposite the Park Hyatt Hotel there is also a shop that has electric bicycles. You can book bike tours with Siemreaper, for example, but you can also set out on your own. An easy and interesting route is: Drive south along Wat Damnak and find Angkor Wat Put. You can also play mini golf here. From here drive west to the river and then north along the river. You can drive into the Angkor forest, but at some point you will need to have a ticket.
We have some host families that are also accessible by bike. Mrs. Vannarith lives with her family in the Angkor forest in a simple house. Ms. Sareth lives on the river and even has a crocodile farm.

Siem Reap has a great dance group the New Cambodian Artists. They have a small studio and offer performances on Saturdays, sometimes there are special performances. You can also visit the Phare Circus, whose artists are now performing in other countries. In Pub Street you will find many restaurants and bars as well as night clubs, some of them also offer live music. What kind of things to do in Siem Reap you like?

Trips and excursions around 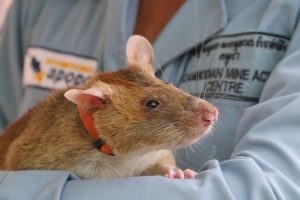 The Floating Villages on Tonle Sap Lake are well known. Unfortunately there are now too many tourists and we recommend going to Kompong Khleang where it is a bit quieter. Another alternative is bird watching. Around the lake and its foothills there are many native and sometimes rare birds to see. If you want to drive a little further, log into the community project in Banteay Chhmar. The village takes care of the temple there, offers guided tours and overnight stays. Another alternative is to visit the Landmine Museum. The story of the bombings and landmines is told here, and you can see many exhibits, the project is led by a former mine clearer. Apopo rats also work in the mine clearance service, and you can even visit them.

Eat with locals in Siem Reap

The best way to still get to know a country is to get in touch with locals. That’s why we launched Dine With The Locals. You will have a wonderful time with a Cambodian family and learn how to cook like a local. And there is also something delicious to eat. We have a wide range of hosts in Siem Reap.