title, keyword
Home » Dine With The Locals in German TV

Dine With The Locals in German TV

We have our six minutes of fame in September, when the Cambodia-Episode of “Mit 80 Jahren um die Welt” is broadcasted on German TV station ZDF. A team visited us in April and filmed for half a day at our host Sarath’s house. The show tales six elderly people on a trip around the world, and one stop was in Cambodia. After visiting the night market and the temples they also wanted get in touch with a local family.

And the best experience local life and cook and eat with locals  is what we a Dine With The Locals can do best. Sarath explained the concept of the mushroom farm and then led the guests to the crocodiles, where they wer even allowed to feed them with fish – from a safe distance of course. The crocodiles there are bred for eggs and babies, not as meat producers. After exploring the surroundings it was time for a typical Khmer lunch with three different dishes.

The day was hot and also one of the days with a power cut. To provide a bit a a breeze, Sarath’s father went to the neighbors who had a simple generator running, used all extension cords available and made two small fans going. This and a few cold towels and hand held fans was ver much appreciated by the guests.

For us the show is a great opportunity to be a but more known the the German speaking market, but also showcase what we are doing. The visitors where overwhelmed by the hospitality and friendliness of our host family. 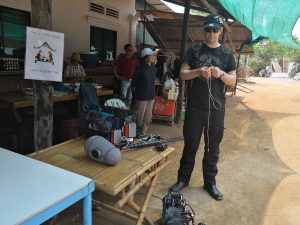 TV Team is getting ready 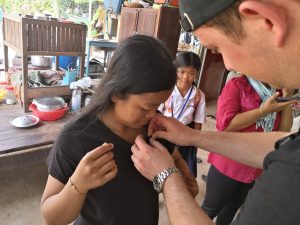 Sarath gets her mic 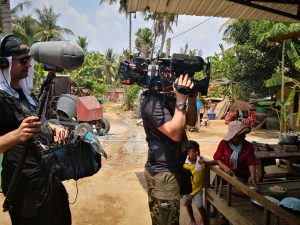 The team is filming and interviewing the family 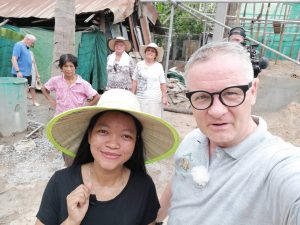 Thomas and Sarath during filming 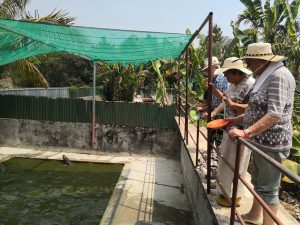 The guest could feed the crocodiles 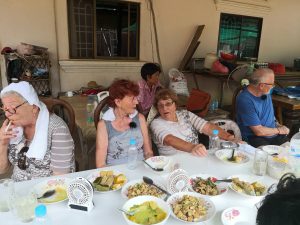 You can see the part of the episode here: